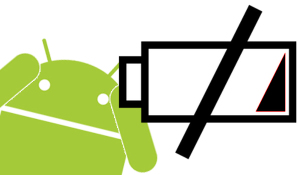 Whoever owns an Android device might wonder why it is that, most of the time, the device barrely makes it through the day, even with moderate usage.

After many experiments, I finally found the culprit: Google Play Services and its location feature. 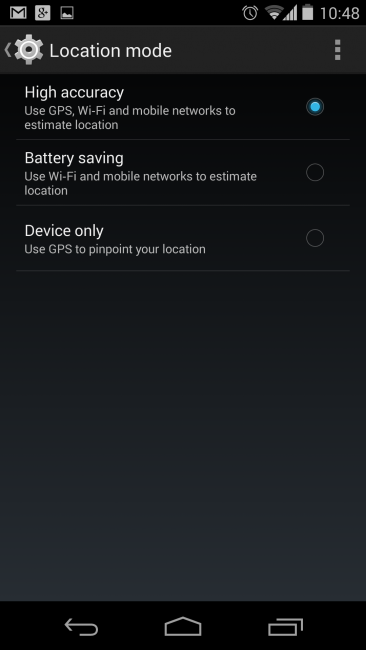 There are 3 settings in the location mode. Let’s go over them:

Device only: this setting is the most simple one (as long as the definition of simplicity does not take into account the math needed to derive a position from satellite beacons). It is the same system that a standalone GPS will use. Lock on to several satellites, download their ephemeris data and compute the position from that. The advantage is that there’s no network needed, just a clear view of the satellites. The disadvantages is that it can take 10-30 seconds and it doesn’t work so well indoors.

Battery saving: this mode will scan for a list of current WiFi accesspoints and the phone tower the phone is connected to then compare them with a (possibly cached) database from Google. Since Google knows the position from the data, it can give back a position. The advantage of this mode is that it’s very fast. The disadvantage is that it requires network coverage and communication with Google if the data is not cached.

High accuracy: this mode combines both previous modes. It scans for WiFi and phone towers, gets the data from Google but then, it uses the GPS to confirm that data, or, if Google had no match for it, it creates that new data for Google.

Wardriving for the masses

What happens when using High accuracy mode is akin to wardriving around with a laptop and a GPS and submitting the data to a central server (Google). This uses a lot of battery. Not only is the GPS often used but there’s plenty of network communication with Google and WiFi scanning. The device is also often woken up to perform a fix.

So which is the mode which uses the least battery power? It’s Device only. Just try it for a few days and you’ll see. The battery saving mode’s name is just plain bad naming. It will still perform scanning, communication with Google, and it won’t be very accurate in case there’s no access point around.

My Nexus 5 switched from not even a day of battery (high accuracy) to 3 days (device only).